One of the first classes I ever taught as a teacher trainer was a course on teaching speaking and listening skills in the English language classroom. Even though I had the experience and education to be an instructor in this class, I felt I needed to dig even deeper to understand how people learn to listen in a new language. I started reading a number of books on the topic and stumbled upon a really nice list of listening tasks in the book mentioned above. I felt it would be good to use each of the tasks on that list in my own English language classes to see how well they worked. It wasn’t a proper action research project, but I did find out a few things along the way. I thought it would be good to share those thoughts, so I put in a session proposal for the BC TEAL annual conference and it was accepted! A few years on, I have given that presentation a few more times including this past week for a group of LINC instructors. A number of those instructors asked how these tasks could be used in a LINC classroom. I thought about it might be helpful to put together some examples that would be more specific to the LINC classroom, but hopefully helpful for those not teaching LINC. This is the first of hopefully many posts on examining one of each of those tasks types.

This task works well with a listening that has a sequence (ex. instructions, stories) or discrete items (ex. countries, topics) that can be put in a set order, ranked, or put into different categories. For my example, I am using a short video that recalls a historical event (sequence; story). Since one of the instructional themes in LINC is Canadian history, I decided to use a short one-minute TV commercial from Historica Canada on Viola Desmond. Viola has recently come back into the Canadian conversation as she was recently added to our $10 dollar bill, the first woman other than Queen Elizabeth II to be on any Canadian bill. It is both a current story (the bill) and an important historical event, this made a lot of sense to me. Here is what I did to create my activity.

I wanted to create a series of screenshots from the video that could be printed out and given to the students to put into order as a pre-listening task. The best way to get some screenshots from a YouTube video is to play it through VLC. Here is a short animated GIF on how to play YouTube videos in VLC.

While the video is playing, you can capture still images from the video by using the Snapshot function in VLC. It is under Video menu option. Make note of the hotkey option for Snapshot. You can use these keyboard combinations to take screenshots while you are watching instead of having to use the menu.

Update: Since posting this, some people have mentioned you can simply use a screenshot tool on your computer instead of having to do it through VLC. This is a good point, but there are a few reasons why I choose to do it through VLC instead. VLC actually grabs a still frame from the video instead of creating a picture of the screen. This is important since it doesn’t matter how large the video is playing on the screen (ie. it always chooses the highest resolution image possible). It also means that nothing else on the screen will appear in the image. This mostly has to do with the video control overlay, ads, text, cursors, or other windows. Lastly, it automatically saves the photos to a folder on the computer without needing an additional step in between. Clean, simple, and effective.

I took a lot of screenshots while watching the video and then sorted out the images that best showed the sequence of events in the video. I also tried to include images that would target the lexical items they would need to know to understand the video. Here are the images I ended up using. 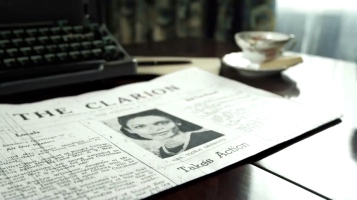 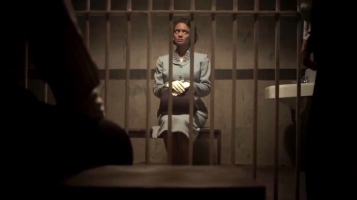 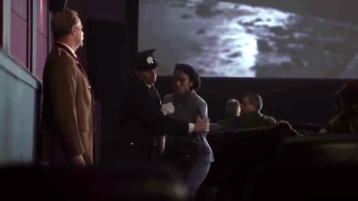 Students worked in pairs to discuss what was happening and to come up with some sort of order. I then played just the audio from the video (ie. I hid the video on the screen) and the pairs listened to the audio for clues to help them check their picture order. The pairs then shared their picture order with another group (or two groups) and they discussed they they chose what they did. Once they all had a chance to share, we watched the video and they checked their order one more time. All of this was connected with a broader lesson on racial and gender equality and how this is a central part of the Canadian Charter of Rights and Freedoms.